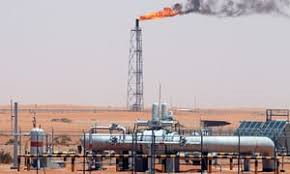 India and China are currently discussing forming an Oil Buyer’s Club to counter the market power of OPEC.  OPEC currently exists to stabilize the price of oil and reduce volatility, by either artificially raising the price of crude, or opening up their spigots and driving prices back down when competition starts to gain momentum.  India and China are also trying to gain support from Japan and Europe to further strengthen their counter-OPEC position.

One of the goals of the new Oil Buyer’s Club would be to leverage a future dominated by electricity.  India and China, especially with the support of Japan and Europe, could influence a faster move to electricity, or they could work with OPEC to make a more gradual change to electricity if both sides can agree on moderate oil prices.  India, China, Japan and Europe account for nearly 2/3 of manufactured cars in the world, so they would be able to negotiate and influence the adoption speed of electric vehicles, further damaging OPEC’s influence in global markets.

The new Oil Buyer’s Club, with its large share of oil consumers and auto manufacturers, has the potential to push back on OPEC’s market power.  Time will tell if this alliance grows into a true counter-cartel to OPEC, but there could be enormous geopolitical, economic and climate impacts.