Regular readers of the Fuel Matters blog have probably just about had it with OPEC by now. A quick check shows over sixty OPEC references in this blog during the last two weeks alone. Understandable, certainly, given the recent surge in oil prices that showed just how relevant the cartel remains.  But, really, we could use a break. Lots of interesting things going on here in the U.S., so let’s dig into that: 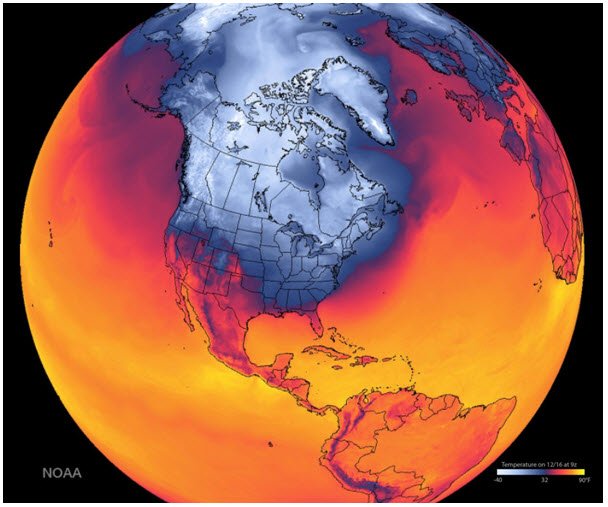 This NOAA image pretty much sums it up.

Back on the global stage for a second, there’s now concern about demand, the other side of the coin. Now that the global supply concern has (maybe) been alleviated, there’s talk now of a threat to oil demand, stemming from rising interest rates, a strong dollar and slowing demand from Asia. WSJ reports that the International Energy Agency foresees global oil demand will rise by 1.3 million barrels a day in 2017, down from 1.4 million in 2016 and 1.9 million in 2017. If it’s not one thing, it’s the other…2017 is shaping up to be quite an interesting year.