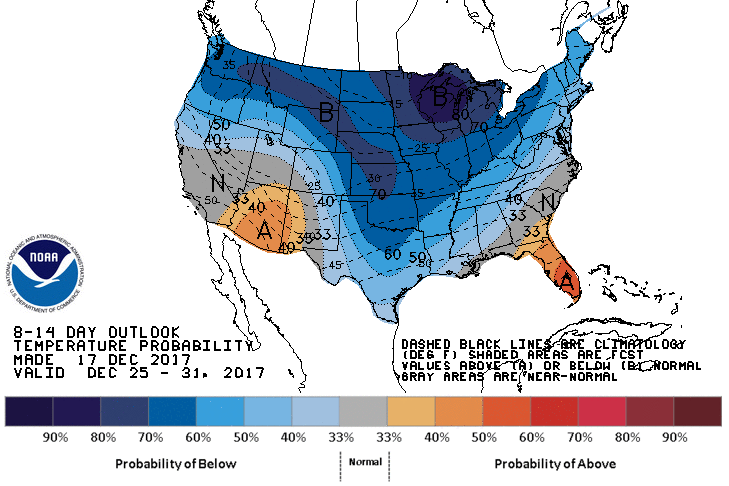 ULSD leads the charge higher this morning as the new two week forecast predicts colder-than-average weather to return after the Christmas holiday. The weather forecast has constantly been changing on the front end of this winter season, but the return of this cold has buyers of heating oil returning to the market; January ULSD is higher by $0.0129 to $1.9164/gallon today.

The Petroleum and Natural Gas Senior Staff Association of Nigeria, the country’s oil workers, went on strike today after negotiations broke down with the government. This is nothing new as Nigeria is prone to strikes, but the duration of the strike will be something to watch.

Ineos, the operators of the Forties pipeline in the North Sea, said the crack that caused the force majeure of the 450,000 bpd line last week has not spread. The pipeline is still expected to be shut down until further notice, but news of no further damage is somewhat of a reprieve for another large jump in prices. Net long positions in Brent crude now stand at a record 544 million barrels. This length could cause a nice correction in prices once the line is operational again, especially if it occurs during the light trading liquidity the holidays provide heading into 2018.

Lastly, the U.S. oil rig count declined by 4 last week to 747. This was the first decline in 6 weeks and is surprising given the favorable economics for U.S. crude producers. The February Brent-WTI spread is still trading north of $6/barrel. 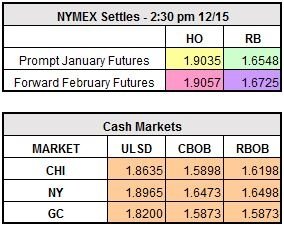