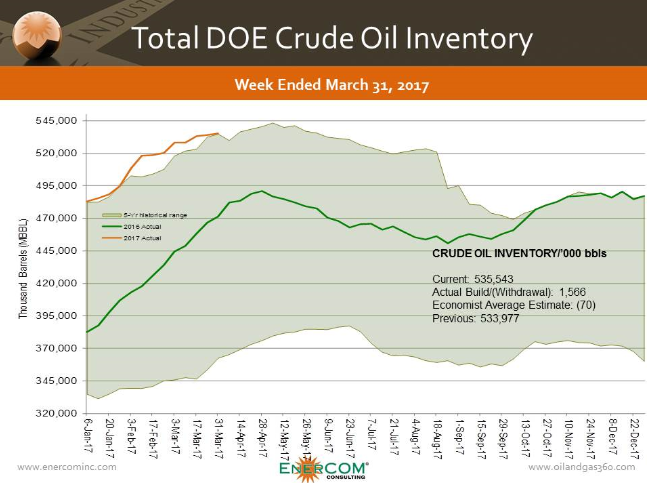 The weekly DOEs showed a build in crude of 1.5 million bbls. Cushing, OK had a build of 1.4 million bbls, and on the refined products side both gasoline and distillates drew by slightly under 1 million bbls each. Crude inventories are still continuing to break record highs at 535 million bbls which causes some concern.   As you can see from the chart below, crude inventory is significantly higher than last year’s level and is trending just above the 5 year historical range.

Also driving the market up over the past few days is the unexpected outage in the 180,000 bpd North Sea Buzzard Field which was temporarily halting production since Tuesday for repairs. Current reports indicate that it is back up and running as of early this morning

It’s still questionable about which way the U.S. dollar is headed in the next few months. The Fed is still planning to raise interest rates, which is expected to strengthen the dollar against other currencies.  As for an update on OPEC, it is still showing higher compliance than expected, with its intended production cuts still keeping the market in check.  Currently as of 10 a.m. ET the market is trading up across the board, front month HO is up $0.0089 at $1.6124/gal and front month RBOB is up $0.0032 at $1.7185/gal. 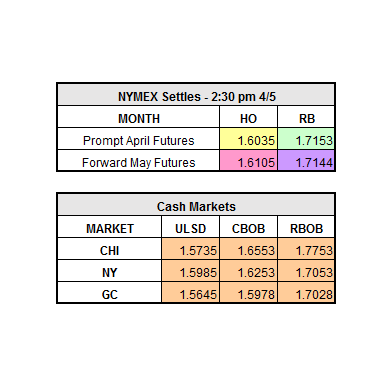