2020 was a record-breaking hurricane season with 30 named storms; 13 became hurricanes and six major hurricanes. Below are the storm names for 2021: 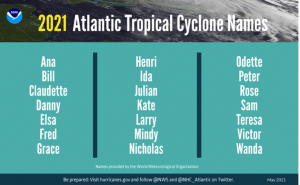