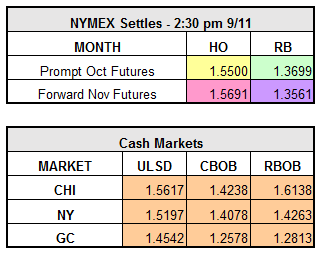 Following Friday’s reports, there are many mixed opinions on how the market is going to respond next, and technicals are stuck in the middle between support and resistance levels.

A Goldman Sachs research report stated that oil could sink as low as $20/bbl, along with reports that Saudia Arabia does not support an OPEC meeting to discuss production cuts, outweighed the bullish IEA report for most of the day Friday. Brent crude also fell on Monday due to the release of Chinese data showing it is only growing at 4%, which is weaker than expected. This adds to some concerns that lessening global demand may only worsen the surplus of crude.
In contrasting news, the U.S. oil rig count is at 652, down 10 from last week. This makes for the second consecutive weekly drop and is positive for WTI.

Traders are waiting to see if the U.S. central bank will raise interest rates, potentially the first increase in over a decade. This will likely set direction in the short term.