U.S. shale oil and gas producers are feeling the pressure from the latest panic on the spread of the coronavirus. Impact from the virus has caused West Texas Intermediate to fall below $45 a barrel. In its latest Drilling Productivity Report, released earlier this month, the Energy Information Administration said, “oil production has declined across six of the seven major shale players in the country, by some 21,000 bpd. However, the Permian production is still growing by 39,000 bpd. Good news is for the consumer, prices look to continue to go down whereas the oil and gas drillers feel pressured with the continued slow production “

In the past, continuous growth was the business model. More spending and more exploration in order to find more reserves, which translated into a larger production portfolio. “In 2019, the five largest integrated oil and gas companies—ExxonMobil, Shell, Chevron, Total and BP—spent a total of $88.7 billion on capital projects, down nearly 50 percent from the $165.9 billion they spent in 2013,” a report from the Institute for Energy Economics and Financial Analysis said. “Not since 2007 have the capital expenditures, or CapEx, among the five companies have been so low.” CapEx is capital expenditures such as drilling and completing a well. The oil and gas industry faces a major hurdle, not only the coronavirus affecting production but the decline in demand. 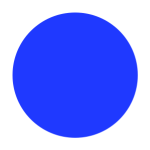