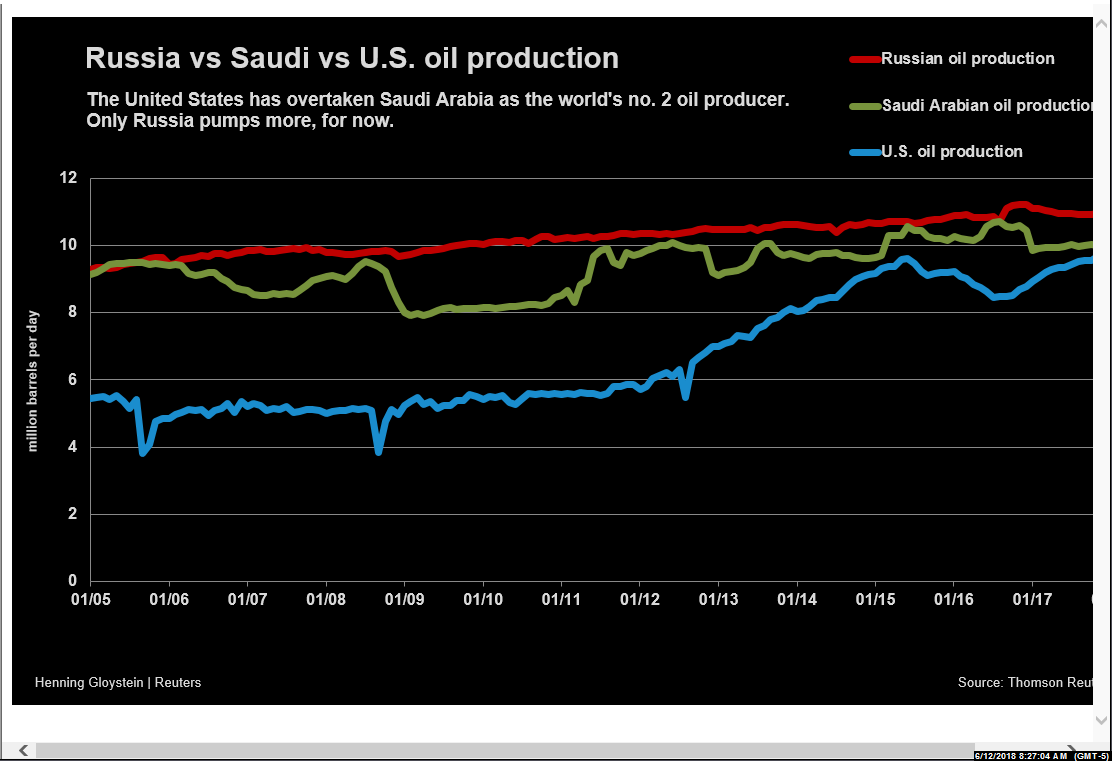 June 22nd marks the next meeting of the OPEC producers to be held in Vienna. Moving into the second half of the year it is highly uncertain if a global glut has ended.

Since January 2017 OPEC, Russia and non-OPEC producers have been cutting output in order for them to get rid of excess supply and boost prices. Since producers have cut oil output by 1.8 million barrels per day in an effort to support/increase crude prices. The top goal was to reduce inventories in developed nations closer to the five year average.

Recent, U.S. sanctions threaten to cut Iranian exports along with more declines in Venezuelan production could result in Saudi Arabia and Russia to raise output in order to make up supply shortage.

“Recently, crude oil futures have lost some momentum amid uncertainty as traders prepare for potentially more supply returning to the market,” OPEC said.

“I feel that if they would like to be a responsible swing producer for the global oil market, based on their (demand) numbers, they should increase production by at least 1 million bpd from the current level,” PVM Oil Associates strategist Tamas Varga said.

“While oil demand in the U.S., China and India shows some upside potential, downside risks might limit this potential going forward.”

OPEC output climbed by 35,000 barrels per day to 31.87 million bpd. Saudi Arabia reported to OPEC its own output rose back above 10 million bpd, while Russia reportedly climbed to 11.1 million bpd and the U.S. output rose by almost a third in the last two years to a record 10.8 million bpd.