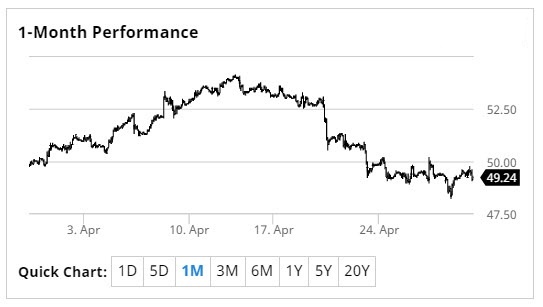 A sell-off Thursday dropped WTI crude to its lowest level in a month, closing the day at $48.97. After spending the first three weeks of the month above $50, WTI finished below that mark every day this week. Refined products also took a hit yesterday, with HO finishing down almost three cents at $1.5072 and RBOB down four cents at $1.55.  This morning, WTI was up slightly as traders took advantage of buying opportunities. Also providing support were analyst expectations that the OPEC/non-OPEC production cuts will be extended to the end of 2017, along with comments from Russia that April numbers will show it is meeting its target production cut of 300k bbl/day. As of this writing, however, WTI and the refined products are down, with WTI at $48.91 as of 12:30 p.m. ET. 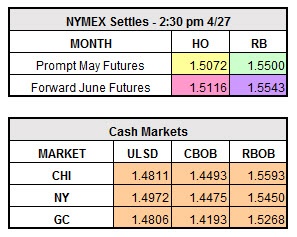