Oil prices have remained rangebound over the past month between $57 and $64.50/barrel, but might determine its next direction by the end of this week due to a few upcoming catalysts. 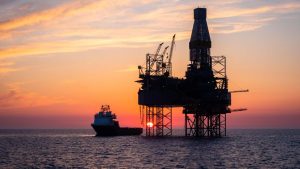 This week, the market is looking forward to the decision by OPEC+ on what its production output will look like moving forward. Last month it decided to increase production for the month of May by 350,000 barrels per day. This was the first increase in production by the group in over a year due to demand concerns caused by the pandemic.

OPEC+ will be grappling with what to do over the next 60 days given the resurgence of COVID-19 cases in India, home to over 17.8% of the world’s population. India has had over 300,000 daily positive cases of COVID-19 since April 21st. As a reference point, the United States had only one day of cases over 300,000. Subsequently, many analysts believe India’s fuel consumption will drop by 20% in May compared to March consumption levels as the country sees itself hitting 500,000 new daily COVID-19 cases in a few weeks if the spread is not contained. This is most likely OPEC+’s biggest concern if it continues to raise oil production output which could lead to lower oil prices in the short term.

Finally, it is an important week on Wall Street as more than 180 of the S&P 500 companies are set to report earnings. With a few prominent analysts coming out recently and saying stock indices are due for a minor pullback, any disappointment with earnings reports and Q2 outlooks could contribute to a market-wide pullback with equities and commodities at or near multi-year highs.