The oil market didn’t show much movement in yesterday’s settles on the heels of the Department of Energy weekly inventory report.  As was mentioned in yesterday’s blog, crude fell by 7.6 million barrels with gas also falling 1.65 million barrels and distillates rising 3.13 million barrels.  The settles reacted mildly with both crude and gas up $0.45 to $45.90 / barrel and $0.0025 to $1.5208 / gallon respectively.  Heating Oil dropped slightly by $0.0026 to finish at $1.4737 / gallon.

As OPEC released its updated supply and demand projections, which showed demand growth for 2017 unchanged, it also showed figures pointing to an increase in crude output for the month of June.  In addition to Libya and Nigeria making June’s jump the biggest in OPEC’s output since November 2016, Saudi Arabia went over 10 million barrels for the first time since the supply pact went into effect in January of this year.  Saudi Arabia’s production was slightly above its own supply bar agreed to in the OPEC pact.  As one European analyst stated “OPEC is already producing more crude oil than will be needed next year, which is likely to make it very hard for OPEC to discontinue its production cuts.”  With the fundamental supply and demand economic equation currently being won by supply worldwide, Goldman Sachs lowered their three month oil target from $55 to $47.50 per barrel in late June.  One oil industry executive attending The World Petroleum Congress in Istanbul, Turkey this week said when referring to his company’s finances that “in terms of the magnitude of damage this is by far the worst.”  Some are speculating that it may not be until 2020 for demand growth or a supply gap to emerge that producers can’t fill.  That same executive went on to say “that’s when pricing will begin to rise.  Until then it feels very tenuous.”  As the Baker-Hughes CEO was quoted as saying, “lower for longer” is the new normal.

As of this writing, early afternoon trading has all three indices solidly in the green. 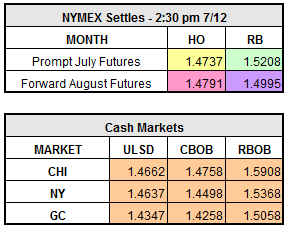