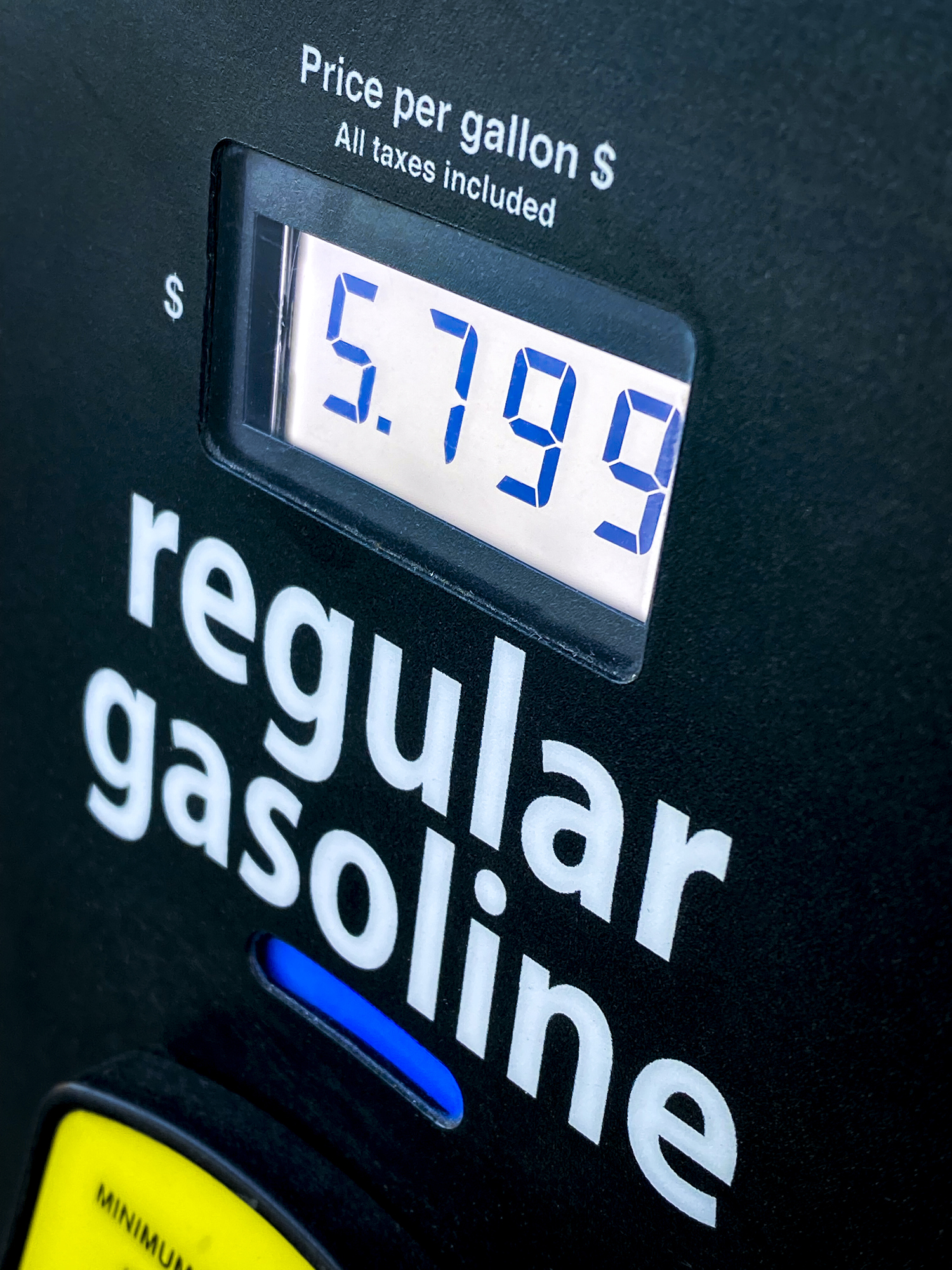 As an owner-operator or fleet manager, your world is affected considerably by rising fuel prices

Even a few cents per gallon extra on the price of diesel and gasoline can create an astronomical effect on your bottom line.

While there’s not much you can do about the price of crude oil or its causes, like the situation in Russia or the distribution and marketing costs of U.S. oil producers, there are a few steps you can take to hedge yourself when prices rise.

Let’s take a look at the causes of rising gasoline and diesel prices, and what you can do to protect your business.

Reason #1: The Bullwhip Effect and Disruptions in The Oil Supply Chain

For example, during the 2020 COVID-19 shutdowns, gasoline and diesel demand plummeted, reducing the price of fuel. In many places in the country, the price of gasoline dipped under $1 a gallon.

Oil rigs and refineries were shut down, and the fossil energy supply chain was trimmed down to comparatively minuscule production levels.

After the lockdowns, of course, demand spiked as people and businesses began moving. The global demand for petroleum products peaked almost overnight.

Here’s where the problem starts: While a consumer or trucker can simply turn their key and begin using gasoline or diesel in seconds, it takes much, much longer for oil companies to begin creating it.

A cold start on an oil rig that’s been dormant for months, for example, can take weeks.

After restarting the oil rig, petroleum exporting countries and firms have to make sure their vast network of refineries doesn’t need repairs. They have to make sure none of their maritime logistics partners have gone under. If they have, they need to find replacements. There’s no guarantee their distributors are still around either.

This is known as the “bullwhip effect.”

A supply chain is constricted in the short term, and adjusts to new average levels of production. If demand increases, it creates a whipping effect throughout the entire supply chain, delaying production and pushing prices up.

Basic economics tells us that when demand outstrips supply, prices rise. This part of the explanation for gasoline prices in regards to consumer demand. But it’s not the full story.

New prices after a bullwhip have to account for the costs associated with restarting production, as well as the delays. Simply keeping an oil refinery turned off – not producing anything – requires over a million dollars each month.

Supply and demand always affect prices, particularly in the oil and gas industry. This effect was maximized late in 2020, with consequences still easily calculable years later.

Accompanying the bruised supply chain as a factor behind high gas prices are the financial practices of oil companies during periods of risk.

In periods of economic volatility, consultants and CFOs often advise their firms to reduce spending on new production. This has two effects:

As a consequence of this practice across the industry, oil prices rise, and profits for both the oil companies and their shareholders continue to increase.

Reason #3: Overseas Conflict and Its Effect on Global Oil Prices

The price of oil may also rise due to political instability or conflict in oil-producing countries.

For example, in 1973, the Organization of Arab Petroleum Exporting Countries enacted an oil embargo to punish nations that supported Israel during the Yom Kippur war.

Eventually, fuel had to be rationed, and the energy crisis spiraled to truly terrifying levels.

The most recent example of this phenomenon is the Russia-Ukraine war.

Because the power to affect oil and gasoline prices is typically concentrated, conflict can create drastic levels of uncertainty and risk that must be factored into the retail gasoline price.

The current conflict in Ukraine, because it’s occurring in an oil-rich area, is serving to push the price of crude oil higher among already strong forces of supply and demand.

The oil and gas industry is heavily regulated, as a result of both the anti-trust era and the relatively new push for a switch to green energy.

The most prominent example of this in recent memory is the Keystone XL Pipeline shutdown.

Without diving into the political spiderweb of green energy legislation, simple fact shows that restricting the ability to move oil from place to place creates strain on the oil industry and its ability to supply the populace with gasoline.

Logistics projects in the oil industry take years of planning and funding before work even begins. Mandating the cessation of a fully-funded and 8% built pipeline surely increased oil prices – at least, indirectly.

While one pipeline is only a small part of the international oil supply chain, shutting one of them down mid-project shows the industry as a whole that beginning new projects may not be worth it.

Regulatory pressure against fossil fuels creates risk for oil companies, who must then price it into each barrel.

Reason #5: Tax Policy and Its Trickle-Down Effect on The Price of a Gallon of Gas

The national average for the portion of a gallon of gas that results from taxes on oil is $0.57 per gallon.

This means that, at “normal” gas prices, taxes can often account for half of the price of filling a tank.

New oil tax policies raise the price of producing gas. That increase is passed down to the consumer.

While tax policies are slow-moving and often easy to predict, they do increase the price of gas in the long-term.

As more and more pressure is placed on governments to further tax and regulate gas and oil, we can expect average, supply-constraint adjusted prices of gas to continue to increase.

Will Gas Prices Ever Come Down For Fleet Managers?

With so much at stake, fleet managers, owner-operators, and the general driving public have very few more important questions than this one.

History – the last few years in particular – has taught us that the economy and world events can be quite unpredictable. Amid a host of supply disruptions, labor shortages, and increased demand for crude oil, it’s impossible to predict what will happen with gas prices.

So much is out of consumers’ and logistics companies’ control, like the global commodities market, refining capacity, and international tensions.

Still, there are plenty of strategies for riding out the roller coaster of fuel prices by reducing your overall usage and cost per gallon.

For Starters, Gas Prices Are Headed Down (For Now)

There’s some good news out there. Gas prices have started to decline from their historic high in the summer of 2022.

The dangling threat of recession is the next biggest roadblock to lower gas prices, and inflation certainly doesn’t help, but for now, it seems we are passed the boiling point.

Summer Is Waning – And So Is Travel

The demand for gasoline that summer vacations create is small compared to other macroeconomic factors, but every little bit helps.

As families get back to school and work, the oil and gas market should continue to cool off.

How To Save Money On Gas As A Fleet Manager

The near-term trajectory of the economy, inflation, and demand are hard to peg at this point.

That’s why reducing fleet costs is more important than ever. There’s a host of strategies that fleet managers can employ, which should help reduce costs and provide a buffer to the potential of gas prices remaining high.

There’s a reason airlines employ some of the most cutting-edge technologies to manage fuel consumption through careful customization of flight planning and management.

Every drop of fuel counts, and the more efficient your fleet, the better the margins.

Fleet management is really no different. Very careful selection of routes, as well as existing route optimization, can make a huge difference in overall fuel usage.

On-board computer systems can help monitor your fleet vehicles to help make sure they are configured and maintained properly. A well-maintained engine is a more efficient engine.

Under- or over-inflated tires, for instance, have a huge impact on fuel economy. At scale, this is extremely important in remaining profitable, especially as retail gasoline prices remain high.

As crude prices continue to dance, a long-term strategy may be to limit your dependence on gasoline prices entirely.

Many fleet managers are beginning to look for ways to modernize their fleet. New trucks from Tesla, Volvo, and Edison Motors are fully electric, removing the need for gasoline.

While electricity still largely comes from coal, oil, or natural gas, it is at least a more efficient and cost-effective use of fossil fuels. If a fleet manager can phase them in while keeping their same routes, it’s certainly an option.

Training And Competency In The Driver’s Seat

Hiring top drivers is paramount to managing fuel costs. These are the people you trust to ensure that the optimal routes are followed, safe and efficient speed limits are adhered to, and trucks and loads are properly configured.

Streamlined Designs Win At The Pump

While some of the latest diesel machines are designed from the ground up to be highly aerodynamic, there are plenty of retrofits that make a big difference as well.

There are other tactics, too. Keeping the windows up can help, as vehicles are really designed to have air move smoothly around the outside. Bug deflectors are popular, but they disrupt airflow and lead to lower fuel economy.

Choosing A Fleet Card That Helps You Control Costs

There are several good reasons to choose a fleet card for your drivers. The best fleet fuel card for each business may vary, but there are a few things to look for that can help you find the best solution.

It’s accepted at 65,000 stations nationwide, so your drivers can use it no matter where they are.

It also includes fraud protection and won’t simply cut you off when your limit is reached.

A Guttman Fuel Card also gets you a dedicated account representative to help solve any problems or answer any questions you might have.

Take steps now to save fuel in your fleet vehicles, and use a fuel card to make the fuel youuse cheaper. This is the best hedge for diesel and gas prices you can have. 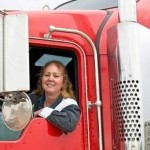