On April 3 2019, Ohio Governor Mike DeWine signed a bill which will increase the gasoline and diesel fuel taxes for the state.  Starting on July 1st the state tax on diesel fuel will increase by 19 cents to a total of 47 cents per gallon.  The 67% increase will bump Ohio to the 6th highest diesel fuel tax rate behind only California, Pennsylvania, Washington, Indiana, and New Jersey.  The tax on gasoline will be increased by 10.5 cents per gallon to a total of 38.5 cents per gallon.  Ohio’s gasoline tax will remain lower than Pennsylvania and Indiana, but will be higher than its neighboring states, Kentucky, West Virginia and Michigan.

The tax increases have been met with opposition not only amongst consumers, but also in the state legislature.  Originally DeWine proposed an 18 cent tax increase on gasoline and diesel to be indexed to inflation, this was shot down by the Senate and House as they had questions about whether the funding need was as large as the administration claimed. This will be Ohio’s first fuel tax increase since 2005 when both diesel and gasoline rose 6 cents to 28 cents per gallon.  Projections are showing the increases will generate approximately $865 million in revenue per year.  This revenue will be used to improve road and bridge projects but also provide new revenue streams for counties, townships, and local governments.

The Ohio State legislature had an open comment period, where the Ohio Trucking Association provided comments on the matter.  OTA CEO Tom Balzar, “advocated for the fuel tax increase over funding mechanisms like tolling, vehicle mileage taxes, and increased registration fees.” In a letter released from Governor DeWine’s office there is mention of how the public will be made aware of these rate increases, “Of particular interest to petroleum marketers and retailers is a provision requiring tax notices that explain in detail the current federal and state motor fuel tax rates be affixed to gas pumps at retail locations across the state.”

Although many Ohioans agree that improved roads and bridges are good for the state, there is an overwhelming sense that these tax hikes may damage Ohio’s economy as a whole.  The Ohio Chamber of Commerce stated, “Increased fuel costs lead to higher costs at every point on the supply chain, and businesses will need to look for other ways to cut costs or raise their prices.”  Kevin Burch from the American Trucking Association agreed saying, “80 percent of all goods are handled by a truck, so those costs are going to be sent right in.”  From paper towels to machinery parts, any product transported by a truck could be subject to price increases. 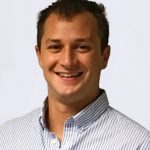