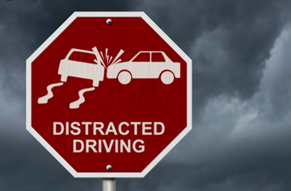 Over the last year, there has been a significant decline in cars on the roads.  Many would think there would be fewer crashes and fatalities, however that is not the case.  Since the start of the pandemic, roads and highways have only become more dangerous. Even with fewer vehicles on the roads and highways, many drivers have become complacent when it comes to safety. Every year 2.5 million car crashes are the cause of distracted driving.  Every day in the United States approximately nine people are killed and more than 1,000 are injured in crashes that are caused by distracted driving.  When traveling 60mph, even the slightest distraction of 3-5 seconds is equivalent to driving the length of a football field with your eyes closed. Once the driver becomes distracted, it takes only three seconds for a crash to occur. END_OF_DOCUMENT_TOKEN_TO_BE_REPLACED